Join Zoom Meeting Online use hotlink below or go to https://scl-cac.org website: 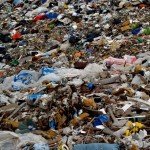 Republic Services reported a net income of $577.7 million for the nine months ended Sept. 30, or $1.64 per diluted share, compared to $497.3 million, or $1.39 per diluted share for the comparable period in the prior year.

“Our results continue to demonstrate the progress we have made with our strategy of profitable growth through differentiation, while capturing the benefits of a steady improvement in solid waste trends,” said Donald Slager, president and CEO. “Our initiatives are delivering strong results through a heightened focus on the customer experience and improving service delivery, while reducing costs through operational programs and efficiencies.”

Adjusted diluted earnings per share was 53 cents per share and year-to-date adjusted free cash flow was $603 million. Revenue growth from average yield was 2.5 percent and volumes increased 0.6 percent. Core price was 3.6 percent, which consisted of 4.7 percent in the open market and 1.8 percent in the restricted portion of our business. The company reported adjusted earnings before interest, tax, depreciation and amortization (EBITDA) margin was consistent with the prior year at 28.1 percent of revenue. Republic Services’ solid waste business experience margin expansion primarily from lower fuel costs, which was offset by headwinds in its recycling business and the impact of recent acquisitions.

Year-to-date adjusted EBITDA margin was 28.4 percent of revenue, an improvement of 40 basis points from the prior year, primarily due to the positive impact from higher pricing levels and lower fuel costs.

The post-collection business made up of third-party landfill and transfer station volumes decreased 1.1 percent. Landfill decreased 1 percent, which includes positive MSW volumes of 3.3 percent and C&D at 6.2 percent, offset by a decline in special waste volumes of 6.7 percent. Chuck Serianni, the company’s chief financial officer, said that it was a tough comparison to the prior year, since Republic Services accepted a record level of special waste in the third quarter of 2014.

Fuel recovery fees decreased by 150 basis points. Serianni said on the call that the change relates to the decline in the cost of fuel, which decreased approximately $35 million in comparison to the prior year. Average price per gallon of diesel decreased $2.63 in the third quarter from $3.84 in the prior year, a decrease of 31 percent. The current average diesel price is $2.50 per gallon. “We will recover approximately 80 percent of fuel recovery costs through our fuel recovery fee program,” Serianni said.

The company reported that approximately $191 million was returned to its shareholders in the third quarter through share repurchases and dividends. On a year-to-date basis approximately $594 million has been returned.

Republic Services also announced on Oct. 29 that its board of directors approved a $900 million share repurchase authorization, which extends through Dec. 31, 2017. According to the release, at current prices, $967 million represents over 6 percent of the company’s outstanding shares of stock.

“We are pleased with our performance and remain well-positioned to achieve our full-year financial guidance, which we raised in July,” Slager said.

During the conference call, the company reported progress was being made on its fleet-based initiatives designed to improve productivity and lower costs. Currently 16 percent of Republic Services’ fleet operates on natural gas, 71 percent is automated and 74 percent is certified under its standardized maintenance program.

Slager reported in the company’s second quarter results that 15 percent of the total fleet operates on natural gas. Seventy percent of the residential fleet is currently automated, as well as 70 percent of total fleet has been certified under the One Fleet maintenance program.

The company provided a preliminary outlook for next year. The company expects to be in the range of $2.13 to $2.17 diluted earnings per share. This range assumes an effective tax rate of 39.5 percent, which results in a 3-cent tax headwind in comparison to the company’s expected 2015 results. Adjusted free cash flow is expected to be in the range of $790 million to $810 million in 2016.