NEW RUSSIA TWP. — State officials are considering a lawsuit against the Lorain County landfill if something isn’t done about the stench of garbage, a problem neighbors have been complaining about for years.

In a July 23 letter to Republic Services, which operates the landfill, Assistant Ohio Attorney General Nicholas Bryan urged the company to fix the ongoing problem as part of a settlement rather than face a full-blown lawsuit. Bryan’s letter also said the state was considering a lawsuit against Lorain County LFG Power Station, which converts the gas from rotting garbage at the landfill into electricity.

“Citizens have described landfill odors as ‘unbearable’ and ‘sickening,’ ” Clarissa Gereby, an environmental specialist with the EPA’s Division of Solid and Infectious Waste Management, wrote in a Nov. 27, 2009, notice of violation to the landfill’s environmental manager, Chris Jaquet.

Gereby also wrote in November that the EPA officials had visited the area to check on the smell and found odors five out of six times.

In a July 7 letter to Jaquet, Gereby wrote that she had conducted “odor surveillance” on the evening of March 16 and the smell was a three out of four on the scale the EPA uses to rate landfill odors.

“A ‘3’ is ‘an odor strong enough to cause a person to avoid it completely,’ ” Gereby wrote.

Over the years, Republic — and Allied Waste and BFI, the two companies that operated the landfill before Republic — has made some efforts to fix the problem, but those apparently haven’t been enough, said Mike Settles, an EPA spokesman.“The problem becomes when we make them aware of the situation and they don’t correct it,” he said.

Jeff Kraus, area community relations manager for Republic, said the company is aware of the issue and taking steps to stop the smell.

“Nothing is more important than operating our landfill in a safe and environmentally sound manner for our employees and our neighbors,” Kraus said in a statement. “We are committed to continue doing the right thing and will cooperate with all parties involved including the state of Ohio.”

Settles said Republic has told the state that it is interested in heading off the potential lawsuit through a settlement, which could mean lower civil penalties and court costs as well as a more company-friendly schedule to address the odor problem.

“It’s good that the company is willing to negotiate,” Settles said.

But the state hasn’t always been convinced that Republic wanted to deal with the problem.

In a March 15 letter to Heath Eddleblute, Republic’s area president, Pamela Allen, chief of the Division of Solid and Infectious Waste Management, complained that Jaquet had asked the EPA to rescind a violation notice dealing with the landfill’s gas collection and control system, which is supposed to help control the landfill’s odor.

“I am troubled that Lorain seems more concerned with debating the gas evaluation (notice of violation) than with abating the nuisance odors that persist in the community,” Allen wrote.

Kraus said the Republic has taken steps to fix the gas control issue, including improving its gas extraction system by installing 10 new landfill gas wells and redrilling 26 other gas wells. The landfill has 145 gas wells, he said.

“More improvements to the gas extraction system are planned for the fall,” Kraus said.

Jennifer Kurko, environmental supervisor in the Division of Solid and Infectious Waste Management, said it isn’t uncommon for landfills such as the one in Lorain County to have odor and other issues that require the EPA to step in.

According to the EPA documents, the Lorain County landfill has had issues over the years ranging from accepting — and then failing to promptly report — hazardous waste to not properly covering up the working areas of the landfill at night and garbage fires.

Most of those problems were addressed in one fashion or another when they’ve come up, but the smell has remained a constant issue, Kurko said.

“The driver right now is the persistent odor,” she said. 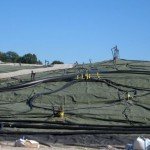 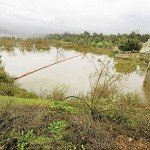 At our regularly scheduled SCL-CAC meeting of January 8, 2015, County Public Works representatives made a presentation under Item C. 6 of our agenda on the above subject matter indicating that they are now planning to include Sunshine Canyon Landfill in the disposal plan but only after it was excluded from the FEIR which was approved by the County Board of Supervisors on November 12, 2014.

END_OF_DOCUMENT_TOKEN_TO_BE_REPLACED

Puente Hills Landfill, the largest active landfill in the country, will close its doors. The permit for the site, which is near capacity, will expire after the close of business on Thursday.

At its peak, the landfill END_OF_DOCUMENT_TOKEN_TO_BE_REPLACED 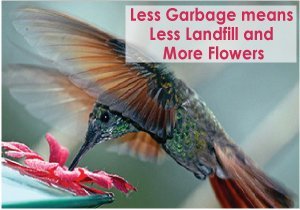 Californians, for the seventh year in a row, are throwing away less and less garbage in landfills.

New statistics from the state Department of Resources Recycling and Recovery, also known as CalRecycle, shows that 29.3 million tons of trash were disposed statewide last year. That’s 4.3 pounds per day per person and a slight reduction from the 4.4 pounds per day per person in 2011 when 29.9 million tons were disposed. The population also increased from 37.4 million in 2011 to 37.7 million last year.

“Each incremental step in waste diversion puts the state closer to our goal of 75% recycling,” said CalRecycle Director Caroll Mortensen in a statement. “The public is doing its part by being conscious of what we throw out and thinking about recycling and reuse. We at CalRecycle will continue to do our part by supporting recycling businesses and other waste diversion infrastructure that create green jobs and help achieve our goal.”

Last year’s disposal decrease continues a downward trend started in 2005 when 42.5 million tons of waste were discarded, the state said.

The vast majority of waste, 99%, went to California landfills and about 1% was exported to out-of-state landfills, CalRecycle said.

From PR Newswire (via Yahoo.com)

“Forty-five years later, this giant trash corporation – Republic – has been bullying its workers by locking them out of their jobs without pay, withholding paychecks, and demanding contract concessions even though it makes hundreds of millions in profits each year,” said Teamsters General Secretary-Treasurer Ken Hall.

END_OF_DOCUMENT_TOKEN_TO_BE_REPLACED

GRANADA HILLS, LOS ANGELES (KABC) — A lawsuit over the stench from a landfill near Granada Hills was filed by residents living near the Sunshine Canyon Landfill. They say their many complaints have not solved the problem.

“We have been here since 1978. It’s a constant problem,” said local resident R.K. Chetty.

A group of Granada Hills neighbors has filed a lawsuit against Sunshine Canyon Landfill, accusing the operator of allowing noxious trash odors to stink up the community.

Landfill neighbors say an unbearable stench of decomposing trash and gas fumes is coming from the trash site, which takes in more than 9,000 tons of garbage a day.

Residents are forced to keep their windows shut and forgo use of their lawns, according to the complaint, which was filed last week. They say they’re unable to entertain because of embarrassment over the odor, and the smell has caused their home values to plummet.

The lawsuit, which seeks damages, states the community is being exposed “to pollutants, horrific odors, and air contaminants.”

Organizational changes by Republic Services Inc. in both the field and at corporate headquarters are expected to save the company more than $20 million a year, but not impact management closest to the customers.

The Phoenix-based solid waste management company consolidated its management structure at two higher levels, eliminating one of four regional offices and eight of 28 lower-area offices around the country.

Those moves, along with job cuts at its headquarters, will cost about $30 million to implement, but then save $23 million each year. The company did not provide the number of job cuts. END_OF_DOCUMENT_TOKEN_TO_BE_REPLACED

One of Republic Services Inc.’s biggest fans is also one of the world’s richest men.

We’ve reported on Bill Gates’ Cascade Investment LLC buying up shares of RSG stock before. It’s been a pattern for years.

Over the past week, Gates (through his Cascade investment arm) has purchased more than 2.7 million more shares and now owns 89.6 million shares of the Phoenix-based trash company. Those shares represent more than 24% of the company’s outstanding stock and they are worth about $2.45 billion.

What’s the Microsoft co-founder’s attraction to Republic? What’s his end game? What does he see?

I’ll leave that to the financial experts. All I know is that they better be running Windows on all of Republic’s computers.